Ralfustro puts you up in his mansion in Gridea, and you each have a chance for some downtime.

Daisy decides to lose herself in commoner revelry, heading out into the big city to avoid her friends for a while. In Gridea, there’s always a street festival happening somewhere to eat, drink, and be merry at, jubilant sailors to arm wrestle and carouse with, and Paradon’s best music and dancing to enjoy. Daisy partakes in it all and also visits the city’s coliseums to watch magical projections of gladiators fighting monsters and completing quests in the city’s catacombs. She ends up winning a lot of gold from gambling on her favorite fighters. 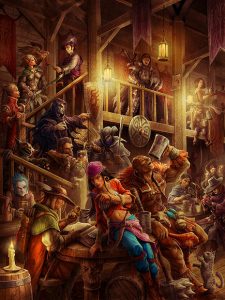 Meanwhile, Trig tries to mingle in the city, but starts to hate the attention she gets being a colorful gnome. Drunk, arty people want to feel her hair and comment on her skin color, waxing poetic about how it really pops with the aesthetics in the room, which only makes her gag.  In truth, she gets more out of visiting Ralfustro’s exotic bird collection, even if they’re a bit snooty. They tell her they come from the other side of the world – a jungle paradise – brought there by a mutual friend of Ralfustro’s, a human they call Artie. They miss Artie and think he might be dead. They want Trig to find out what happened to Artie, and if he’s alive, to get him back safe to them.  To tide them over, they’d like Trig to introduce them to an elf – specifically, an elf with nice fingers.  Trig fetches her new half-elf friend Nim, but she doesn’t quite fit the bill in the elven-finger department. Nim recognizes the birds as ones native to Razulanta. Trig and Nim both head back out into the city and recruit some elves to come visit the eccentric birds.  A strange afternoon ensues with Trig translating bird chirps to inebriated elves who seem to find the whole thing hilariously entertaining. Nim, however, doesn’t enjoy the experience much. 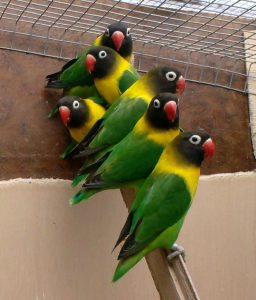 Keeping to himself as always, Dovienya decides to do what he loves best: research!  He wants to see what he can find out about whatever’s going on at Raismonts Academy of the Arcane.  Because Dov was the one who suggested sending the Bloodboat Jewel to the academy in the first place, he couldn’t help feel responsible if something happened to it.

Midribin told you before you left that Professor Azitain over at Raismonts had been working with Ruthorian on understanding the properties of the Jewel.  It was going well, progress was being made. But then Azitain suddenly stopped all communication.  Since the last update, other sources the Wick has from within Raismonts have gone eerily silent as well. An associate of the Wick, local to the area, agreed to enter the grounds of the school to investigate a few days ago, heading in on foot. But there’s no word from her either – even though she had an immediate way of communicating her status back to the wizards. Teleportation on the grounds has also proven impossible.

The Wick have determined that a nasty and powerful spell has been cast on the academy. Midribin’s turned a couple of fellows into pigeons to scope out its size, and the effect seems to be covering the whole campus like a bubble. Dovienya assists with the spell research and helps the Wick find the center of the spell – the source of it, as well as a way to disarm the spell and make the Unsworn immune to it.  Dovienya also goes out into the city to collect any relevant info. He discovers a little-known fact: there’s actually a portrait of Primwizard Artivole on the wall of a classroom. Based on what he’s learned, exiting the painting should put the Unsworn just north of the actual source of the magic.

Dovienya decides to get the band back together. He recruits his friends to join him on a mission to Raismonts. You all arrive at the academy only to discover a crazy scene inside… 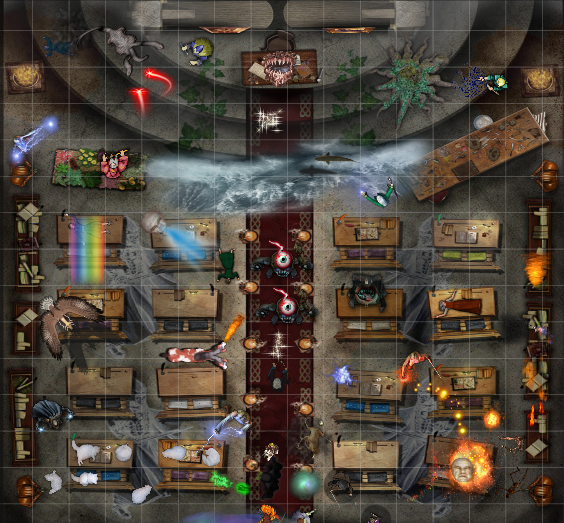 An insane magical battle is well underway with the academy’s faculty and students contending what seem to be outlandish (and seemingly random) opponents. Everything is completely frozen in time.  Even the magical energies cast from the defending wizards stay hovering motionless in the air on their way to their targets. You carefully wind your way through the crazy, time-stuck room and exit through the southern door.

Beyond, you discover a frozen Pedocles (aka Duck) in a room by himself blowing a clearly magical horn. Out from the horn emanates a bubble of time-stopping energy. This must be the source of the freezing spell!  You dispel the magic, and everything suddenly starts up again.  The huge battle in the north room commences as if nothing had happened to cause it to pause.

Duck lowers the horn, sees you all, and looks relieved.  He quickly explains the situation.

You had given the Bloodboat Jewel to professor wizard Azitain so he’d study it at Raismonts. But you let the evil raven go free and he simply trailed Azitain back to the academy, then informed his employers, the Sibrillians, who covet the jewel for their own imperialist ends. Now the Sibrillians have invaded Raismonts!

One of the dragon’s high-ranking commanders kidnapped the school mascot, a magical pig named Rascal, and tried to hold him hostage, demanding the Jewel in exchange for the pig’s life. But no one could have predicted that Rascal would retaliate! So many students have practiced their spells on Rascal over the centuries. Who could have known he had been absorbing them all along?  When his life became under threat, he turned on the panic mode and released all that pent-up magic to try to stop the invaders. 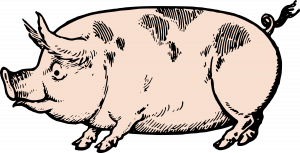 Unfortunately, it meant total pandemonium across the whole campus, and everyone – all of the professors, students, plus the school’s own built-in security defenses – were forced to fight off Rascal’s magic panic attack. And it was a losing battle! The Pig packed quite a punch. Realizing that imminent doom faced the school, Professor Azitain decided to concede and began heading to the Sibrillians to hand over the Jewel. Duck realized there was another option. Grabbing a magic horn from the school’s forbidden library, he activated it to freeze time on campus, hoping someone would investigate and come fix the situation. And it’s worked! You have arrived at the school mere seconds after he blew the horn. Duck bids you to save poor Rascal! Save the school! Oh, and you know, don’t let the Sibrillians get the Jewel, etc., etc.

Without further ado, you rush over to the tower where the Sibrillians are keeping Rascal hostage and begin ascending each level.  Dovienya and Daisy clear a path, fighting off Sibrillians with Nim and Trig providing cover. 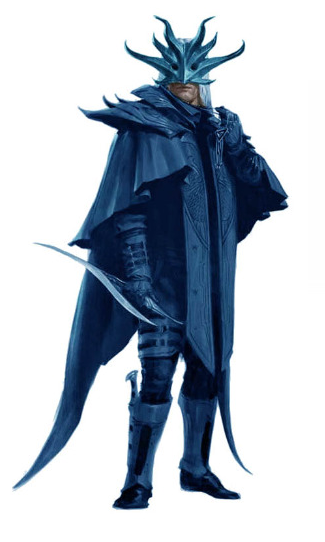 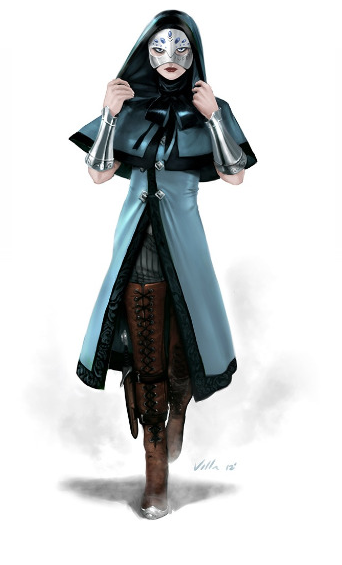 With Nim’s ‘Hold Person’ help, you even soundly take out some big tank-type guy who’s wielding a giant hammer shaped like a blue dragon head.

You reach the very top of the tower – open to the sky, where you discover to your shock that the Sibrillian commander is none other than GUNDRADA – daughter of Cognail, Supreme Maekrix* of Sibril (!!!) 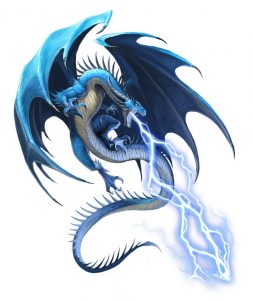 Remembering that intoning her family’s old saying in Axlan, “Sadis la’da dalleyus!“, will reawaken her katana’s ancient magic to grievously harm dragonkind, Daisy triggers the powers in her sword and makes a series of vicious swipes into the scaly flesh of Gundrada. Plus, a majorly elixir-buffed Dovienya gets a good solid hits in, too.

The wounded dragon is forced to get airborne, out of everyone’s reach. She flaps her wings and peers down at everyone, introducing herself in lofty terms, then curses the name of Derulade (Daisy’s old dragon-taming clan name).  She vows to rip the Bloodboat Jewel from their electrified corpses. Then she unceremoniously blasts Azitain and Daisy with her devastating lightning breath.

Now it’s Trig and Nim’s turn to finish the job. This time in the skies. Nim summons her Spiritual Ally – her best friend – a long-dead elven oracle named Shasamura, who flies up to meet the dragon, wielding a starknife like Nim’s. 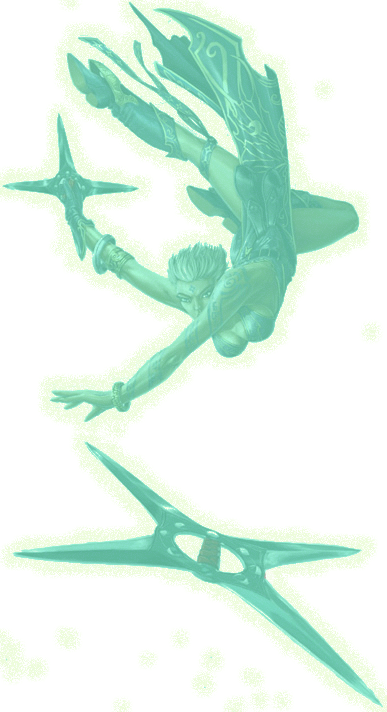 Trig meanwhile speaks to Rascal to convince the panicked pig to flee the scene.  She then summons a griffin to fly up and engage the dragon while she Wild Shapes herself into a huge Razulantan flying reptile creature – the sight of which unfortunately frightens Rascal into further distress. 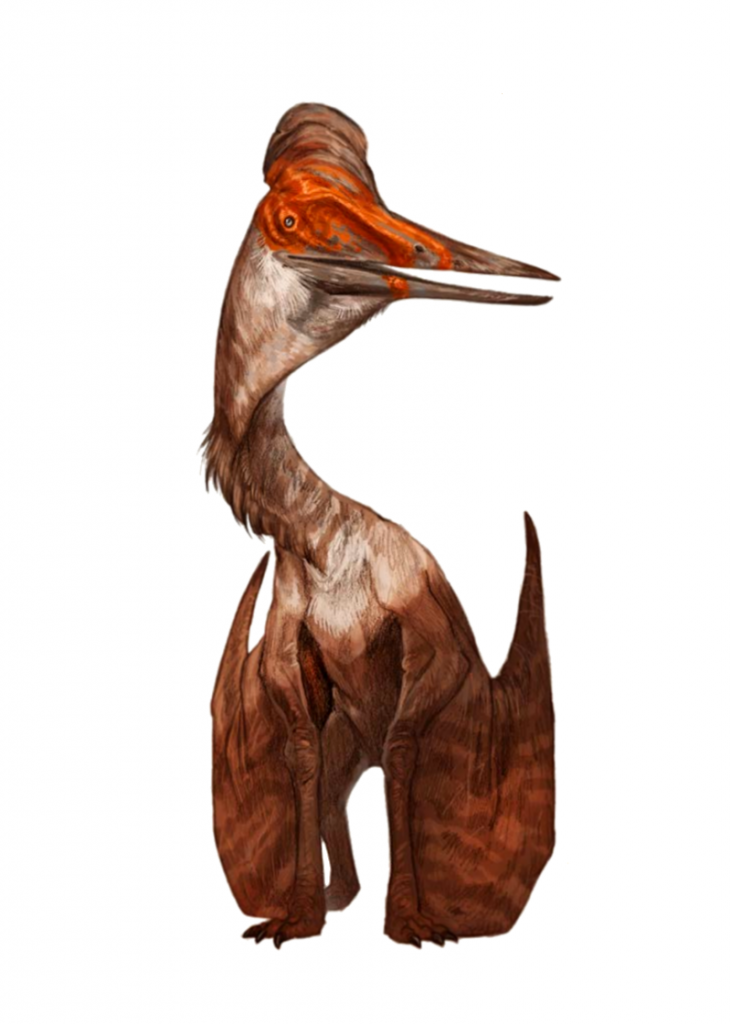 While Shasamura, the griffin, and Pterosaur-Trig dogfight Gundrada in the skies, Daisy vanquishes more of the magical mayhem that the frightened piggie manifests. Dovienya uses his diplomacy (and endless supply of mysterious pocket acorns) to make best friends with Rascal. The school mascot begins to calm down.

Nim finds Azitain on the tower and offers to help. The professor hands her the Bloodboat Jewel for safekeeping, then casts Fly on himself to go join the aerial melee. At this point, Gundrada had withdrawn but was temporarily preoccupied by a devastating weather spell that Trig had cast.  A final offensive spell from the druid’s arsenal causes the dragon to drop like a stone to the ground, dead.  Azitain didn’t even have a chance to join the fight.

With Trig’s translation help, Dovienya gets Rascal to understand the threat to his pigself is gone and to give up his (overly excessive) defense of the school grounds.  Eventually the dust settles, the wounded are tended to, and the survivors begin to gather together in the Great Hall. Word gets out that saviors came in the nick of time to stop the invaders and placate the pig.  In saving the school, you are honored by a grateful Raismonts Academy. The impressive headmistress Orella Sorelwin personally thanks you all. 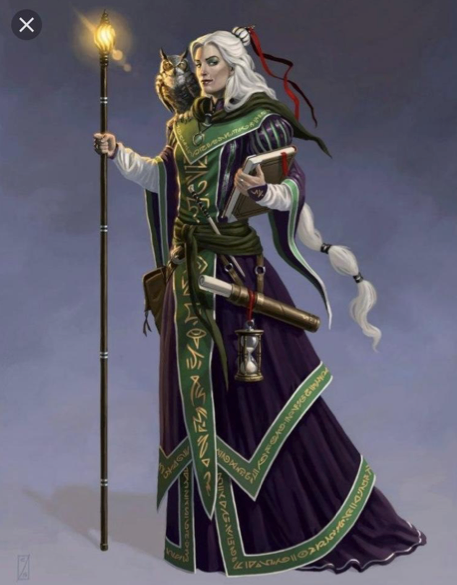 Out of the throng of rejoicing students, a familiar face approaches. It’s Anafrid Pugis – Trimphid’s housekeeper. What seems like ages ago, she gave you the keys to his manse which kick-started your adventures. Although you didn’t know it at the time, she had betrayed her cruel master so she could head to Raismonts and study magic to become a wizard in her own right.  Knowing that Trimphid would likely seek revenge, she asked you at the time to retrieve an old magic cowl for her that she knew would block any attempt on his part to detect her whereabouts. Now that Trimphid’s dead, she hands it to you as a gift in appreciation for saving her once more. 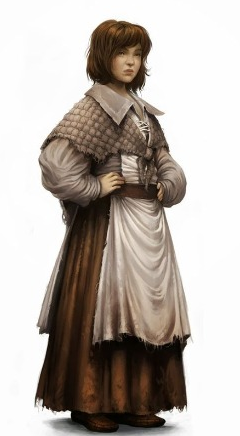