The Unsworn is embarking on a new adventure! They’re traveling away from the big city and into a far-off forest known as the Jolly Wood!  There they hope to find the legendary Tree of the Dead, as seen in Nim’s vision (and possibly referred to in the Xan-Hyrkanic Codex).  They hope to carve out a splinter from the Tree to impede the evil of the Sower.

Dovienya grew up with stories about the Jolly Wood – tall tales about the folk hero called the Broken Thorn.  The story goes she was once a famous sailor in the Vaspen Sea, given the appellation “Thorn” because her ship was named the Rose. She led a famous mutiny of the Paradonian navy and acted as pirate admiral to a romanticized pirate fleet called the Mutineers.

The Thorn was soundly defeated, her fleet destroyed, and the remains of her own ship’s band of pirates fled into the Jolly Wood, where they became outlaws. There in the forest, she became known as the Broken Thorn, and continued to be a folk hero, robbing the rich to give to the poor with her merry Mutineers.

To get to the Jolly Wood, Midribin has offered to teleport you to the nearby Gridea, where she can put you in touch with a fellow Wizard of the Wick who will have the resources to help you on your journey.  When you meet up with the spellthief, you barely recognize her without her normal street urchin-like appearance.  Her clothes are all cleaned up, her skin perfumed, and her hair styled.  Nim realizes it’s a result of the magic boots Dovienya gave her.

Midri leads you to the house of an art collector, and you all sneak in during the dead of night.  You make your way to one large portrait on one of the walls. It depicts Primwizard Artivole, the missing founder and leader of the Mystic Order of the Wick and the Flame (MOWF, if you’re really into acronyms, but it’s usually called the Wick for short).

With actual flame from her fingertips, Midribin lights candles depicted in the painting in a certain order, which makes the Primwizard portrait seemingly come to life. He smiles and leans forward, offering a hand for anyone to get a leg up into the painting.  One by one, you each take the wizard’s hand and enter into the demiplane the Wick has set up to teleport from portrait to portrait.  With Midri in the lead, you wander around some corridors, passing different doors. The spellthief leads you to a particular door and says, “I think it’s this one.”

Before entering, Midribin pauses and turns to you all. “Ralfustro’s a good guy. “Ignore his, um, showiness and don’t let the skull throw you. And, um, don’t ask him about the skull – it’s a long story. He’s an emotional guy and he gets really emotional talking about it. Maybe wait ’til you get to know him better?”

She’s about to open the door and walk through when she decides to add: “Oh, and he’s not going to know we’re coming so let me handle, you know, getting past his defenses.”

Exiting the door has you leaving another Primwizard portrait facing another room.  You see lines of shelves filled with books and magical doodads. A door on the other side immediately shuts closed and curtains fall from the ceilings obscuring all the shelves. The curtains start to ignite on fire and begin moving towards you, and a creepy voice starts hollering, “INTRUDER, YOU ARE ABOUT TO DIE!”

But Midri just says something under her breath and it all stops: the flames go out, the curtains rise back up, and the door on the other side opens again. 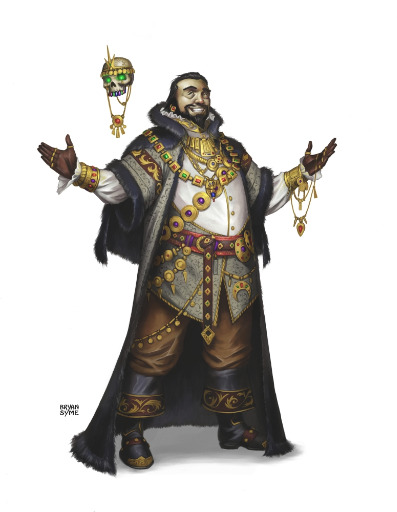 He’s a very jovial human, ostentatiously bejeweled, and seems excited to meet you all. He’s heard stories from his fellow Chandlers, Ruthorian, Pobody and Midribin, about you three.  When introduced to Nim, he recalls she’s Razulantan and starts geeking out about his collection of Razulantan artifacts that he’s eager to show off.

Ralfustro sets about getting you on your way to the Jolly Wood. He can get you passage the next day from a brinywine merchant on its way to the gnomelands.  That gives you a chance the next morning to see the sights of Gridea and purchase any last minute gear before your trip. 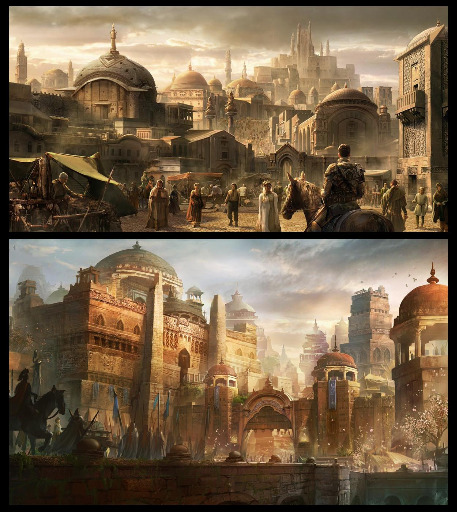 Ralfustro tells you he has set up a special room within his house for you. It’s bare with only a single, small candle placed on the floor.  He gives a matching candle to Nim and tells you it’s called a “Light-the-Way-Home” candle. You learn that you can light it when you want to return to Gridea after your journey to the Jolly Wood is complete. He explains that anyone within the glow (10’ radius) will be teleported back to the room he’s set up. Ralfustro has suggested in the past that this form of travel be called “glow-hopping,” but his fellow Chandlers vetoed this, much to his disappointment. Perhaps you could revive the nickname?

Midribin says her goodbyes and thanks you once again. She reminds Daisy about Pobody’s tracking cricket. 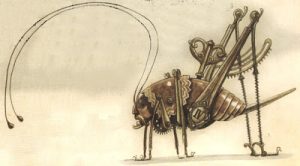 Before she departs back to Farglad, Midri tells you she’s going to follow up with some of the intel you provided. She’ll visit the Ambassador’s house and see if she can find any clues to what Cognail might be up to.

The travel to the Jolly Wood is uneventful. Near the forest’s edge, the brinywine merchant tells you to follow the path to find the village of Poorwall.  You decide to camp out that night and proceed into the woods the next morning. You have painful flashbacks to the last time you tried to enter a forest at night.

At about mid-morning you stumble into the quaint village of Poorwall – so named for the pitiful, broken wall that surrounds it. The Quilkin live here – a race of diminutive hedgehog people.  They don’t speak Common or Sylvan, much to your frustration. 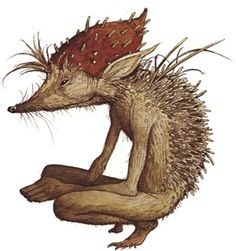 There’s a trading post at the center of the town that is the only building sized to handle big-folk. Inside you find another big-folk – well, a folk bigger than a quilkin.  You meet Trig, a mysterious gnome woman, who shares your frustration at not being able to talk to the quilkin.  She sparks up a conversation with Daisy’s sheepdog, Ambrosius, who tells her that Daisy and Nim are decent people.  With the dog’s permission, Trig joins the party.

Dovienya, not one to let inscrutable hedgehog people get in his way, sits down and brews up an elixir of Comprehend Languages. To one of the quilkins, he mentions the name, “Odyphaidron”.  The creature directs him to a kind of quilkin medicine woman’s hut. She smears paste on Dov’s face in exchange for his old rapier, then directs him to walk into the forest.  Nim, Daisy, and the Ambrosius-approved Trig follow.  Dovienya is once again experiencing flashbacks to his time as a “trickie”.

Not long into the trek, Dovienya attracts a tiny purple-skinned fey person riding a sparrow, who introduces himself as Spritswacket. Sprits is eccentrically dressed in a fancy way with a feather the length of him sticking out of his hat. Upon the mention of Odyphaidron, Sprits cheerfully explains the fey call him, “Loddy Oddy” or Dear Lord Odd.  Spritswacket and Lossle (that’s the sparrow) agree to take you to where Loddy Oddy lives, and Sprits sings a funny little nursery rhyme about him.

Follow me lithely to Loddy Oddy
Pay him a tribute – not too gaudy
Nothin’ too shabby, nor too shoddy
Let’s go join his jolly party!

Speak no ill of him, don’t be naughty
Pray be humble, don’t be haughty
Or you’ll get spotty all o’er your body
Have to sit squatty on the ol’ potty
All your insides turnin’ rotty!

So hop-hop-ho and don’t be tardy
Clip-clap-clap and applaudy-plaudy
That’s the way to be a smarty-marty
Tip your cap to our Loddy Oddy!

You are led to a dried up riverbed with some boulders. Spritswacket giggles and yells one final, “Don’t be naughty!” and he and Lossle fly away.

Upon your approach, a boulder’s eyes open up revealing great big white glowing orbs – is it a giant frog? And as it rises, its skin changes into glowing silver white, revealing its true form – a celestial!

The massive frog-like being introduces himself as Odyphaidron. You speak with him and he agrees to show you to the nemeton. Something’s wrong though, you learn. Things aren’t as they should be.

“I am sleepy,” Odyphaidron admits in his deep booming voice. “Something is good to sleep. Is good at making me sleep?”

He looks over at Nim, Daisy, and Dovienya. “You are of the Good, yes? Mmmm. Here: Take these.”

Five small gray mushrooms grow out of the earth in front of you. They turn into silver coins.

“If you plan to do good work in my forest, which I think you do, Take, Take. Keep, keep. Honor me with a good deed and you win my favor. You’ll know when you win my favor. Three favors grants you a boon, as is the old custom, yes? Oh, you already know about that. Did you already spend the coins? The pirates are good at it. What?”

Later, the sleepy celestial appears forgetful and offers another five coins again, repeating a similar offer. Dovienya reaches down and grabs all ten coins and pockets them.

When finally nudged about the nemeton again, Odyphaidron causes several dozen gray mushrooms to grow all around you. They turn into tiny silver frogs hop along and start heading off into the forest. You follow, but as you venture towards what you assume to be the nemeton, something makes the frogs melt into silver blobs and slink back away like quicksilver on the ground.  The air around you seems to wobble. The vegetation takes on a kind of saturated sheen. Trig thinks this is reminiscent of the First World, the origin plane of the fey, seeping through into this one.  She shares this bad news with Ambrosius’ friends.

Nim pulls out the milpreve and peers through its hole. She can see a clear pathway through the fey-mutated forest, leading you onward.  You begin following the path.