The next morning, Lady Averon barges in on your breakfast (again). At first she doesn’t say anything. Deep in thought, she’s got something in her hands that she’s toying with distractedly. Upon closer inspection you realize it’s a black eye patch – one with a little white moon painted on it. You recognize it as one worn by a Nightwatcher. Maybe one specific half-orc Nightwatcher?

“Interesting…”, she muses, peering down at the eye patch. “These are indeed magical, I always wondered. They let investigators see exactly what occurred in a studied area during the past day.”

She looks up at you. “Your Nightwatcher friend … the one who kept asking after you, hanging out like a gadfly in front of the Fang trying to stake you out? … I had him taken care of. He won’t be bothering you any more.” She pockets the eye patch. Dovienya looks after it covetously.

Averon then asks after your progress. You tell her you’re tracking down the supernatural thieves of the magical items, and you have a good lead. She seems satisfied, and after her departure, you set out into the city and sell some of the loot you nabbed from the cultists, making any other purchases you want as well.

You pay a visit to the Hog’s Chalice tavern. The proprietor takes pity on Nim’s sob story and introduces you to the mysterious Star People. The Luthans look like tall, stoic ape-men carved out of obsidian rock, all flat planes and angles. Their attire, too, is clearly not of this world. A group of six are sitting around a private courtyard, sipping drinks they don’t seem to be enjoying, and looking sad.

Once a Tongues spell is cast so they can communicate, they tell you the story of how they came to this world. They are holy pilgrims of a sort – sent here by their goddess – Calydo, they say, though she goes by another name to them. When the Luthans first arrived here in Paradon, they exited a cave and were soon attacked by human soldiers who mistakenly assumed they were underworld monsters. Their attackers bore a sigil with the letters, “UO” – an indication to you they were members of the Underworld Overseers, the Seven Sovereigns’ fraudulent mercenaries. 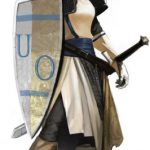 Three of the Luthans were killed in the fight with the Overseers before they were able to flee. One of them was their Ozen – a kind of Luthan oracle. Ozen Lu was not of their  Calydoan faith, but he accompanied them on the pilgrimage in order to seek out Nim, who had been appearing constantly in his visions. The other Luthans had teased him for seeming to be in love with her.  They are unsure what it was that Ozen Lu hoped to tell Nim, though they think it was to warn her about something. There was also something he was supposed to give her. Nim supposes this must be the starknife, which was an Ozen weapon – of no use to the other Luthans. If she ever gets it back from the thieves, she has their permission to keep it.

The grieving Luthans are very forlorn interstellar beings. They feel they have little useful info to impart and are aware they don’t make great company.  It is unclear to them why they’re here, and they’re unhappy at being celebrity oddballs in the city. They are awaiting a sign from the goddess to show them their purpose in this strange world. Daisy in particular feels sympathy for them, as, like them, members of her family were murdered by Underworld Overseers. She’s also now found herself in a world she doesn’t understand with no way to get back home. Plus, they worship the Radiant Maiden (hey, same religion!)  Daisy vows to do what she can for the lost Luthans.

After you say your farewells to the star-faring strangers, Dovienya goes off on his own to gather intel about “Jocosa House”. He quickly discovers that the ambassador to the neighboring dragon-ruled kingdom of Sibril is named Jocosa Traversi (!) Dov is then able to locate his house in the city, and reunites with Daisy and Nim to tell them his discoveries. Together, the Unsworn pay a visit to the Ambassador that evening.

At the house, you find Traversi is not at home. There’s some magic boots and a ring you don’t mind stealing. You see the Sibrillian symbol of the dragon usurper’s regime – a clenched fist holding lightning bolts above the Draconic phrase: Alok wa fin Mok’naar Suleyk, which Nim translates to “Ascend to the Highest Power”. There’s also a portrait of a pompous-looking Ambassador Traversi  – the sight of which makes Dovienya not feel too bad about stealing from him. 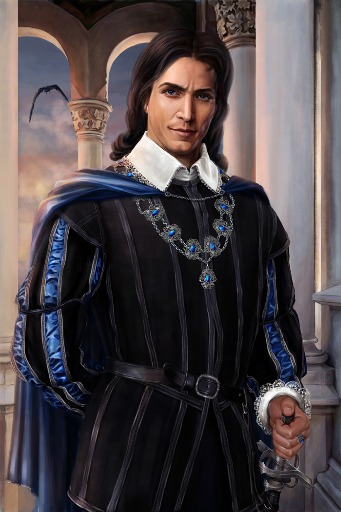 This portrait is dwarfed though by the magnificence of the one next to it. Its subject is King Cognail the Usurper himself in all his majesty – a powerful and regal-looking blue dragon. He’s posing imperiously with a large brood of smaller dragons. Although your GM cannot reproduce this painting as a visual aid, you will have to use your imagination. But trust me, when laying your eyes on this portrait of the Big Bad, it is hard not to be impressed by him and his family.

Wowza. I wouldn’t want to take him on! 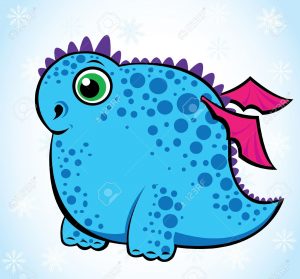 (Note: Examples provided by players do not accurately reflect in any way the actual depiction of King Cognail nor his brood in the painting as seen in-game by the PCs.) 😛 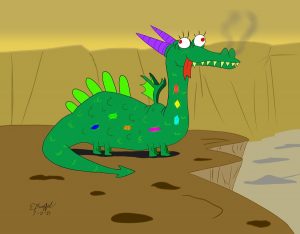 You soon learn that the house isn’t exactly empty – It’s haunted! A particular room at the back seems to be seeping out an impenetrable spectral fog. And from within, various ghosts emerge. Three of them have words for the Unsworn….

“I will clear your name; I will speak with Sa’ramae, show her evidence of your innocence… if you retrieve the Xan-Hyrkanic Codex from the auction beyond the gate.”

Dov agrees, and also tries (somewhat vainly) to apologize for any part he played in the Nightwatcher’s murder.

The Ghost of the Luthan oracle (Ozen Lu) says to Nim [in Luthan]:

Which, based on context clues, you think means: “I came all this way… I just wanted to see your face before I go.”

The Ghost of Nana smiles kindly at Daisy and says to her:

”I’ve been given a chance to see you, Thank the Maiden.  I want to tell you a few things I never had an opportunity to…” 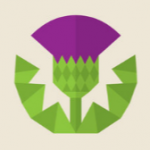 After the ghosts have said their peace, the spectral fog dissipates enough for you to gain access to the back room. Inside, you open a trapped door and discover an Ethereal Gate!

Dovienya jumps right in (hey, Brega does want her devotees to travel) and is instantly transported to an otherworldly place. It looks the same, only the world appears blurry and monochromatic. Also, he’s floating. He doesn’t have much time to take it all in before a mysterious shrouded creature steps through the wall beside him, readying an attack.

Meanwhile, back in the house,  more of the same shrouded figures appear out of thin air around Daisy and Nim, surrounding them menacingly.

Oh no – The Unsworn is in a tight spot!