At first, the gods walked among their mortal subjects in the flesh.

But the Divine War intensified, and the clashing gods of Law and Chaos waged their battles out of Embria and into the planes beyond. They soon grew less concerned with the short and insignificant lives of their followers and left mortals to fend for themselves.

It was in this time, following their departure, that the Suprans arrived in Embria. The five siblings, elemental gods of great power, had no association to other pantheons and were entirely neutral in the Divine War.

The Suprans enjoyed engaging with the Embrian mortals (save Shaukla who despises all living things that draw breath), and they provided many gifts to their worshipers, bestowing a better mastery over the elements. Tramada helped the farmers, Jerum the metalworkers, Bilimer the sailors, and Ulikrus the builders. The Suprans became much beloved by all humanoid races. Even the elves, normally god-less, held them in high esteem.

The Suprans had a lighter touch than their predecessors. Many human wizards, free from the scrutiny of the previous gods (and influenced by the magically-adept elves), began experimenting with arcane power, pushing it to its limits. The rest of the First Embrian Age is marked by three different instances of human spell-casters (at different times and in different parts of the world) performing previously forbidden arcane acts that necessitated the return of the Law and Chaos gods to the plane.  Cautionary tales are still told about the Three Fools (or “Prideful Triad”) and how they showed hubris and were justly punished for it. The three fools were: 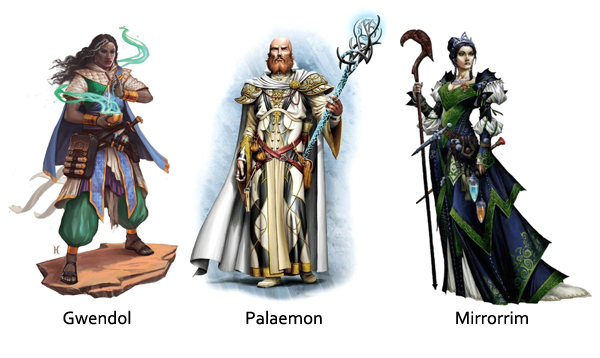 Let us talk now about Gwendol of Isgol – the First Fool. 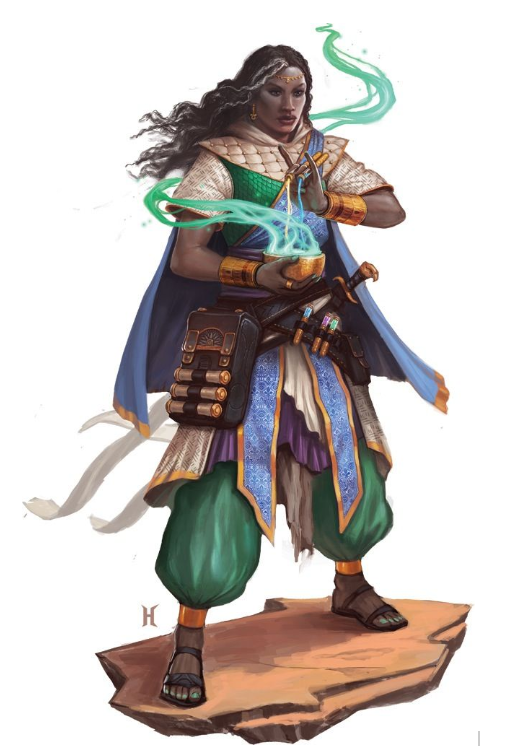 Brilliant, she was – an inventor and alchemist of unparalleled ability. She sought to better her homeland, the kingdom of Isgol, with new transformative wonders. She soon garnered the attention of the Supran fire goddess, golden-eyed Jerum, and became her beloved. Their romantic relationship was celebrated by both humans and gnomes and helped unite the two races. 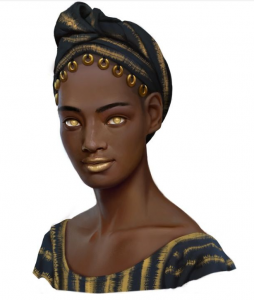 But Gwendol was not content. She learned of the Elemental Plane of Fire and began harnessing its power. She asked her lover Jerum to open a portal so that she could increase her access. At first Jerum declined the request, but Gwendol insisted. “Surely”, the mortal argued. “I should use my gods-given abilities to improve the lives of all those who live peacefully on this Plane.” Jerum admired her ambitions and reluctantly agreed to support her.

Ulikrus, god of earth but also the integrity of custom and tradition, heard the rumblings of Gwendol’s grab for power, and he grew angry. He sent earthquakes to Gwendol’s kingdom and compelled the dwarves to leave their mountain homes and fight the humans of Isgol on the surface. 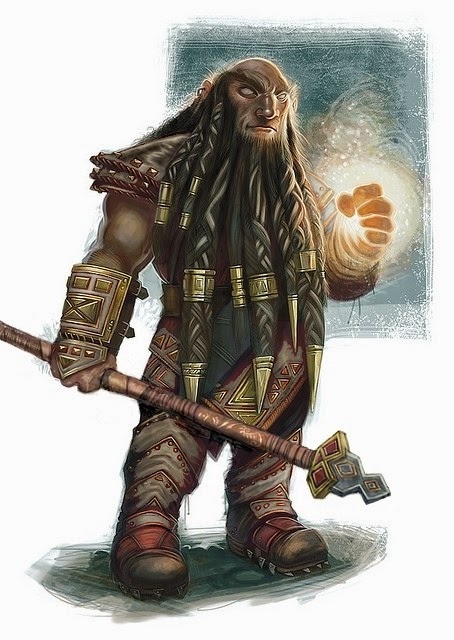 Like hammer blows on heated iron were Ulikrus’ attacks, but Gwendol would not bend.

Tramada, goddess of vegetation, but also the harvest and the seasons, came to Gwendol in the flesh and attempted to seduce her away from the path that would upset the cycles of the material plane. “Come with me,” Tramada purred, for she was also the goddess of love. “And I will share with you the true power that grows at the root of all life.” 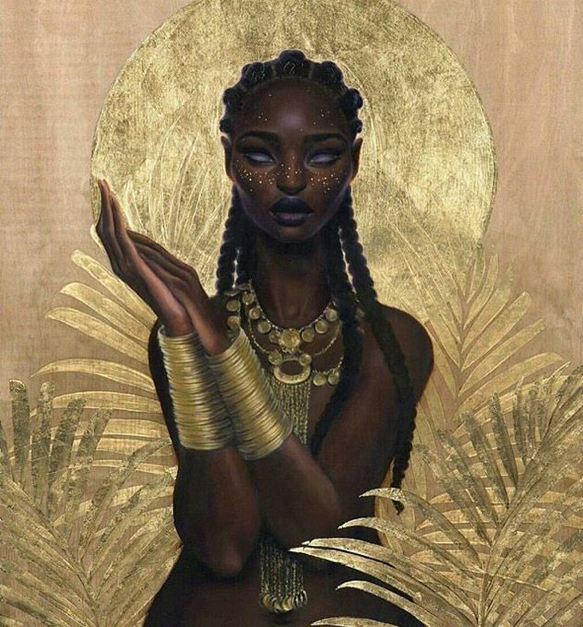 Like spring flowers blooming reviving dormant winter brush were Tramada’s charms, but Gwendol would not bend.

Bilimer, god of air but also generosity of spirit, sent a boon to Gwendol: the gift of flight. “Seek not to fly too high, mortal, limit yourself to the sky, but share this power with your people, and you shall better their lives as you so desire.” 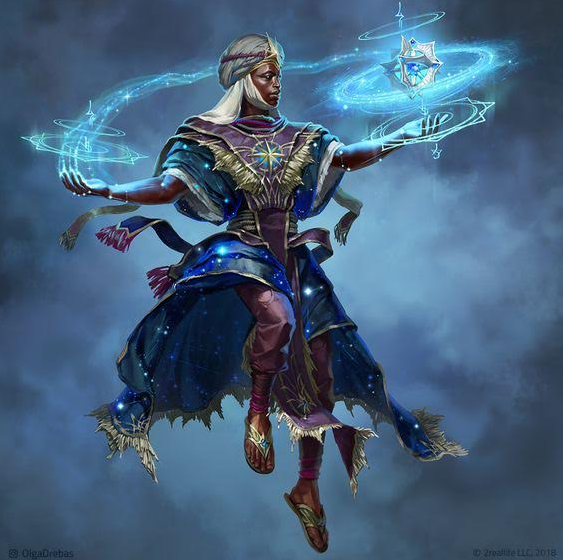 Like a gust of wind on an unfurled sail was Bilimer’s largesse, but Gwendol would not bend.

Gwendol let no god deter her from her path. Her lover Jerum would open the Door of Fire for her.

The goddess of water, but also darkness and the secrets which no one must ever know, was said to never stir from the depths of her domain. But she rose this time, and unlike her siblings, did not attack Gwendol by force, attempt seduction, or entreat her with other options.

She went instead to her sister Jerum. And she brought no gifts, only shame – the harshest of sprays to wake her. 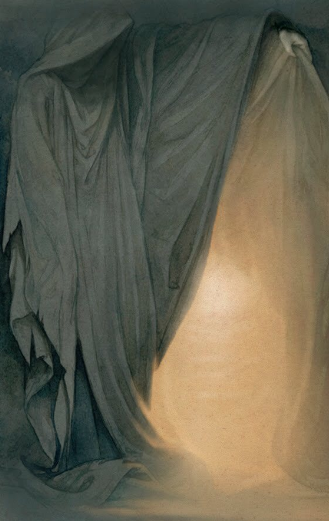 “What do you think will happen when the warring gods return?” Shaukla asked her sister. “Do you think they will let us Suprans stay here when they see you have let the mortals rise to such heights? You will bring their war to our family. We will be blamed and you will ruin us all.”

Like a deluge drowning out a flame were Shaukla’s castigations, and… Jerum bended.

It was not enough to simply prevent Gwendol from accessing the Plane of Fire. She must be punished and made an example of for all mortal-kind. She must be exiled.

Jerum fashioned the Tablets of Asmenkorod. Any mortal that reads the cursed words writ upon the stones will be banished straight to Purgatory.

Jerum then went to her lover Gwendol, and she lied: She told her the Tablets would act as a portal to the Fire Plane, not Purgatory. She built her a palace to house the Tablets, a space to contain the new wonders she would build to benefit the mortal world, and many servants to attend to her ambitions.

In truth, the Tablets were Gwendol’s gravestone, the palace to become her tomb. Gwendol read her lover’s words and was betrayed.  She was seen no more in Embria.

Jerum became humorless thereafter. The gnomes still tell stories of how various folk heroes would commit various deeds to try and make the goddess smile, or the ultimate triumph, laugh.

But in the stories, she never does.