Inside the chapel, you see the cultists are still distracted by their unholy chaos ritual for Bright Night (which, knowing them, they probably call “Dark Day” just to be contrary).

There’s some kind of indescribable idol thing on the altar that’s using Sa’ramae’s sword Justifier to harness and defile its Good/Law powers. Standing nearby, the hooded cult leader known as Moumalid is mumbling chants and leading his congregation in the ceremony. Around his wrists hang shackles with broken chains – a symbolic reference to the chaos god Caolaub’s amazing (and deeply unfortunate) escape from the Tharybic* Prison the Law Gods put him in.

(* “Tharybic” is just a fancy word here that means Law-aligned.) 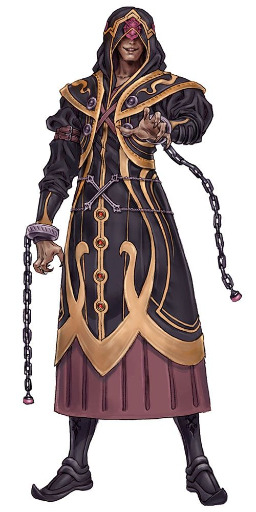 The masked cultists are genuflecting, overcome by religious ecstasy, each seemingly summoning what looks like a weird, hovering blood-oozing knife with a sinuous blade (or maybe it’s a key?) directly above them.

[Image of ceremony redacted because it’s just so spooky and creepy.]

Dovienya unceremoniously (get it?) dashes in and grabs the sword, mentally shaking off whatever dark mystic retaliation the idol had intended for interrupting the ritual. He runs back out and returns the paladin’s sword to Sa’ramae. This wakes everybody up from their repugnant reverie and now the whole sect is set on separating you from your souls. With a newly pepped-up paladin by your side, everyone engages the cultists in combat in the chapel. 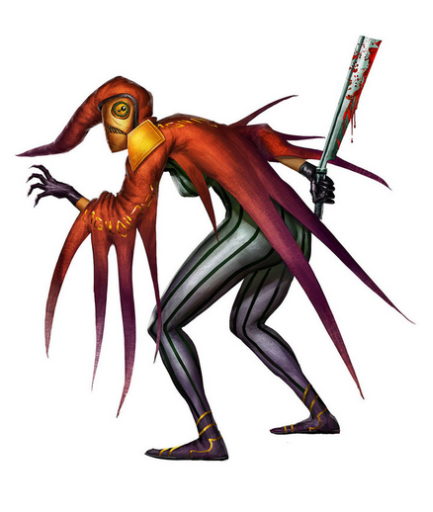 Nim casts a potent hypnotic pattern and Daisy charges at Moumalid on Ambrosius. The cult leader creates an illusory double to make it harder to hit him, and the cultists keep blasting everyone with nasty waves of negative energy. But eventually, you are able to take them all down – the cultists are killed, and Moumalid, seeing that Caolaub is not going to break him out of this predicament, gets down on his knees – not to pray to his dark god – but to surrender.

You knock him out and tie him up. Hearing his pleas for mercy, Dov thinks there’s something familiar to his voice and mannerisms. Unmasking him, you discover he’s none other than … Gotwinus, the famous playwright!?! 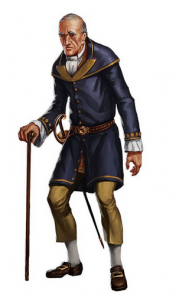 You surmise that the desk-bound demon being held captive in the cultists’ hide-out has actually been writing all of Gotwinus’ plays for him. The missing foxhead amulet had been coughing out soul gems for the demon to eat in exchange for the plays.

Anyway, you interrogate Gotwinus/Moumalid (Gotwalid? Moumwinus?) when he wakes up and learn what you can. Turns out he and his cult have been trying to get their chaotic hands on the Xan-Hyrkanic Codex (a heretical document which would discredit Caolaub’s nemesis, the goddess Calydo).

A while ago, Moumalid had received an invitation to attend a mysterious Infernal Auction somewhere in the city where the Codex would be sold. Then something terrible happened: he lost the invitation. In truth, the invitation was taken by none other than the (now-deceased) paladin Balek Broadwall, hot on the trail for the Codex himself, where it eventually found its way into your possession.  Moumalid claims he was unaware the paladin had it and denies any role his cult had in the paladin’s murder (though not without regret, as this would have been a real coup for the cult).

After losing his only opportunity to obtain the Codex, the cult leader tried to reach out to the Kenku who had provided the invitation in the first place to get another one, but the crow-headed creatures mocked him mercilessly to his face. Furious at their unwillingness to furnish him another invite, Moumalid struck back: he found a way to capture one of the Kenku and began torturing it, hoping it would reveal its secrets and provide an access back in to the auction. This plot failed, however: the crow wouldn’t croak, and now when you return to the captured Kenku in the cultists’ prison cell, you discover it’s flown the coop.

But you recall that before it left, it told you its big secret. It gave you the access to where the auction is being held.  It told you the way to the City Unfair… via “Jocosa House”.

You grab all the loot you can that the cultists hadn’t nailed down and head back to the Saphhire Fang. You also say sayonara to Sa’ramae, who drags away Moumalid/Gotwinus so he can face justice for his many heinous crimes. 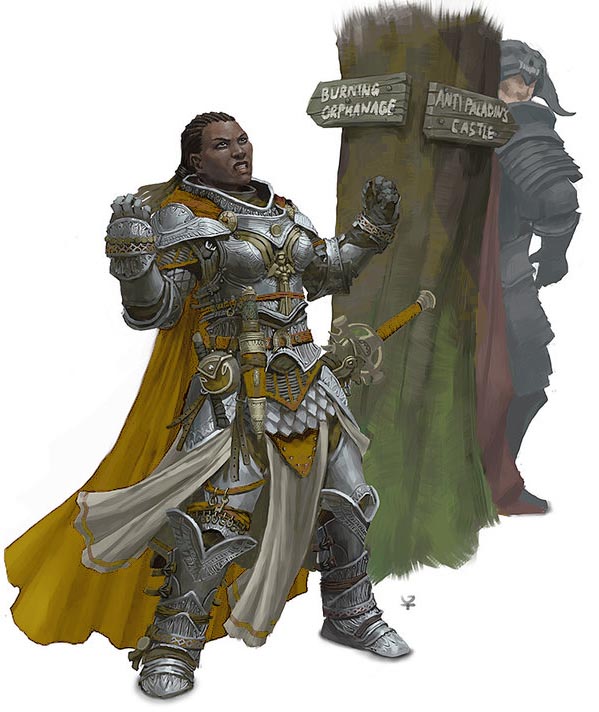